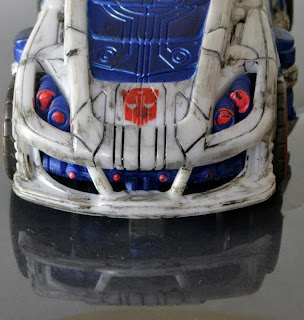 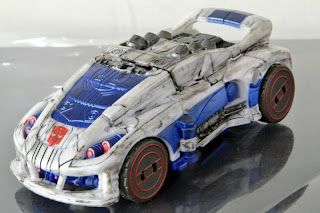 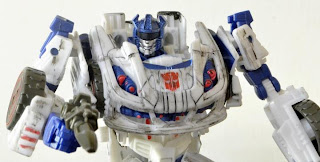 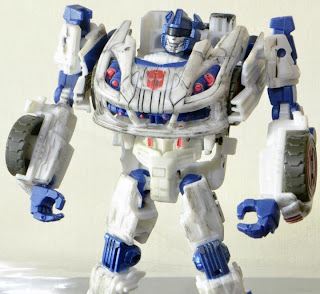 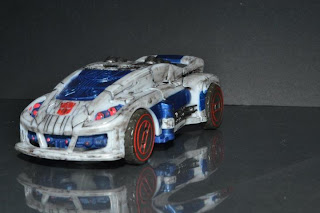 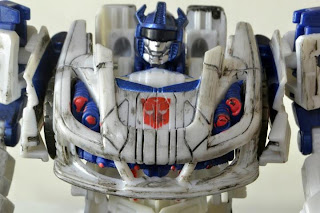 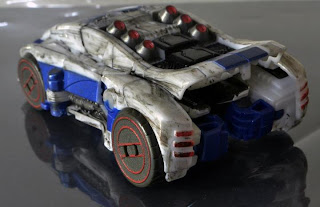 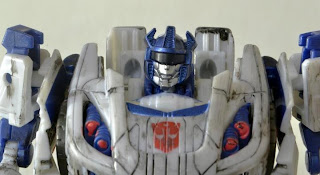 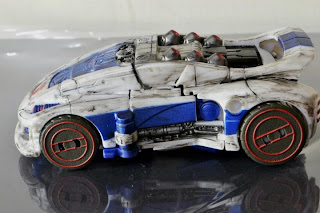 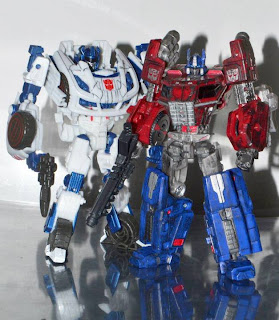 This is the review for the Transformers Fall Of Cybertron: Jazz. He is a deluxe class size figure. I could say that this figure is about 7/10 stars =/. some parts are okay but it's kinda off as the body is wider than the legs, I mean the Chest piece is nice but the legs =|. still a great figure. he can't really do much  poses because as there are some parts that get in the way. He's vehicle mode is much nicer than the robot mode (too me that is). Wish Hasbro given him a better gun than a pistol =/. I like the metallic blue used in the figure and the head sculpture is perfect though i wish they could do something for the legs.
Around the head piece.. the figure feels hallow as it looks like Jazz is a floating head but it's due to transformation (Hasbro should learn from Bandai on Transforming Kits like MG Zeta >.>)
i'de say this figure is.. up to you to get it. I Just wanted it to complete the first wave. Hope the other Fall Of Cybertron don't flaws means Starscream, Grimlock and Soundwave =/.

I've watched the review for Combaticons.. still gonna get it though.
that's about it for the review
Thanks for Viewing