For my post for today I'll be talking about the MG 1/100 Wing Gundam Proto Zero which i got at the same day when i bought the HG Build Gundam MK II from Singapore :D was suppose to be the build strike but it's sold out so fast T__T" much regret not wow/

As a Fan of the Wing Series, I Really love this Wing Zero Version the most, compare to the other Wing Designs(in my opinion that is). The kit itself is just perfect and so far i have yet to encounter and flaws to it well except for one the photo at the bottom of this post :). Hmm didn't quite plan on the Putting the decals yet at the moment. Model doesn't have that much details for panel lining but I'm quite okay with it and very satisfied. 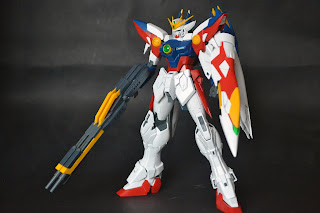 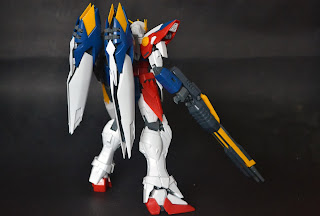 Good to know that the model doesn't have any weight issues even when I spread the wings, it doesn't fall back or forth or the body tilts. The Kit is pretty stable and solid. The waist runs on double sided Ball joints although i wish it was a peg but lol mmkay . 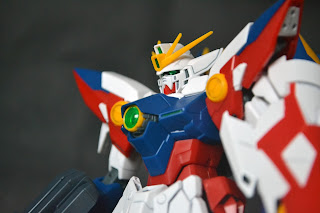 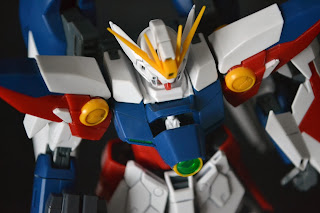 For the Gimmicks, well most MGs will have the cockpit gimmick. no plans on painting the pilot though, (not really good in painting miniatures >,>) 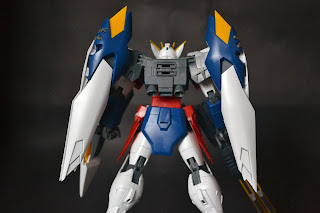 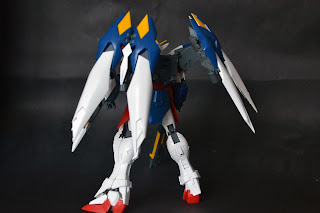 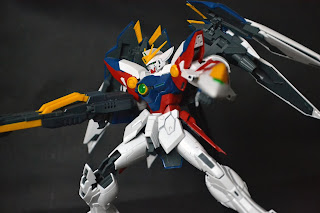 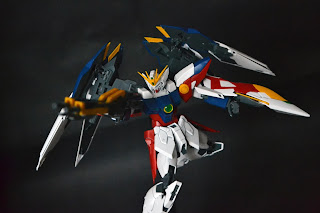 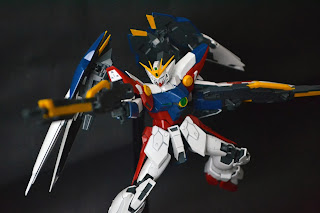 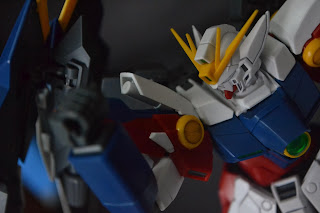 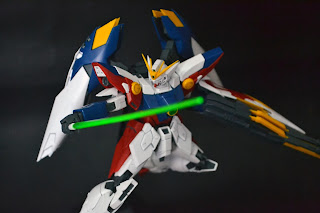 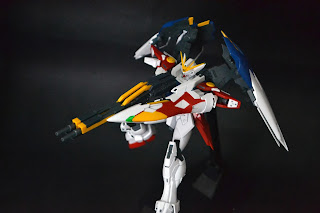 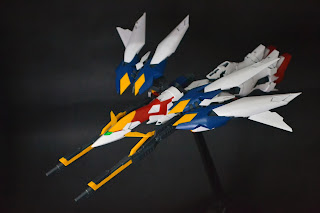 The Wing Gundam too has the alternate mode which is the bird mode (i think lolz) and is kinda not bad though, was a little nervous while transforming it as i'm afraid of parts being broken and is really scary QAQ". 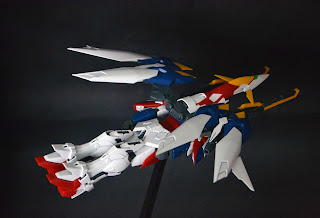 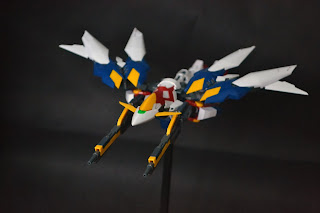 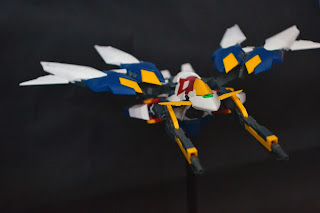 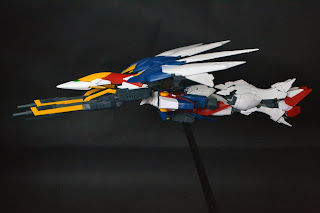 only weird part is from the sides, the buster rifles happen to tilt down, well i'm not too sure if it's meant to be way or it can't be locked, not quite sure on that, do comment though if you have a Wing or you've seen from other reviews :).

That's about it for the post, it's a short one i know but is much more i can say :)
do comment about your opinion on the Wing Zero ^__^"
Thanks for viewing XD